In the recent post on the IPv6 properties of the latest MS Windows versions I announced another one providing details on the RFC 6980 related testing I had performed. So here we go.

When doing IPv6 security testing there’s mainly four toolkits which can be used:

Each of them has specific strenghts & limits, which will not be discussed here. For the testing I performed I chose Chiron as it has the most powerful options when it comes to IPv6 extension headers and fragmentation.

The lab setup was quite simple:

Now the main question of the exercise was: can the attacker manage to influence the IPv6 configuration of the victim (read: ideally inject a new/additional default route and/or trigger the generation of an IPv6 address from the attacker-chosen prefix).

The testing was split into two main phases:

The following Chiron command constitutes the “baseline” attack (a full tutorial of Chiron can be found here):

The following table lists the results. A quick comment as for the “Wireshark“ column: I did not further investigate at which point the “missing” packets were actually dropped (e.g. by means of a monitor session on outbound packets on specific switch ports). Further it should be noted I performed many more tests than the ones shown here. The table only lists those variants which were, from my perspective, the most relevant/interesting ones. 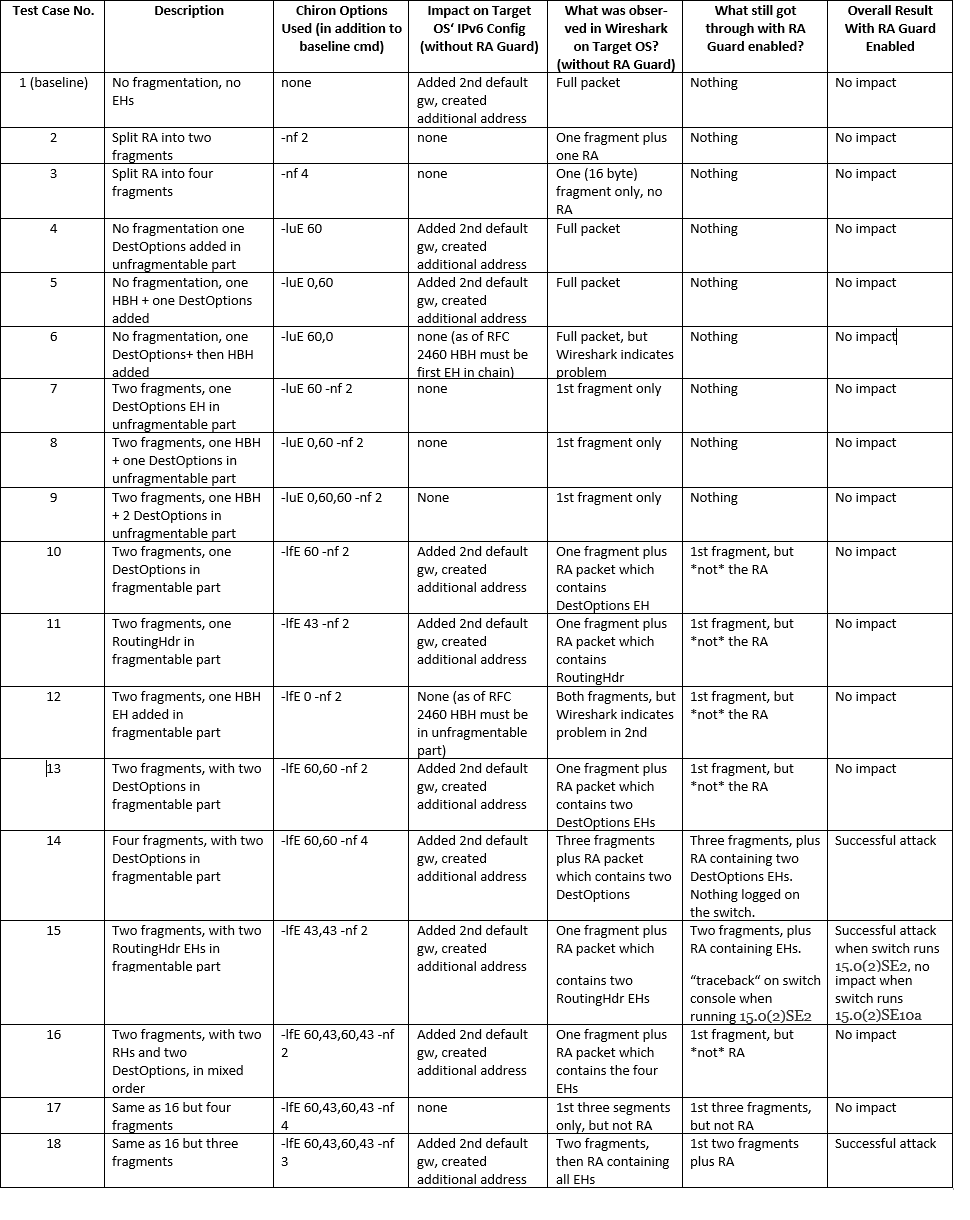 I hope this post sheds some light onto the specific protection capabilities of MS Server 2016/Windows 10 against RA-related attacks and shows how to test these aspects in general. I will include some of the results & conclusions in my upcoming talk at Troopers NGI.

Everybody have a great weekend