Following Enno’s research on “Testing RFC 6980 Implementations with Chiron“, we decided to redo the experiment with FreeBSD targets.

The lab setup was very similar:

The main question was: Would the impact on the target system and the possible attacks that were observed with the Windows Server 2016 victim be reproducible on other operating systems? Or would those behave totally differently?

Our testing procedure was simple: First, we manually tested if router advertisements could be successfully sent and be accepted by the target system without any countermeasures taken. Second, we manually tested the functionality of RA guard on the switch by verifying that the RA would not be delivered when it was enabled.
Last we had a script do the testing procedure for us which consisted of the following steps for each of the cases laid out in the initial post:

The baseline chiron command was the same as in Enno’s experiment:

(For further reference on the exact usage of chiron please see the manual.)

We started testing on a FreeBSD 11.0 target system which behaved just the way the Windows Server 2016 instance in the other tests. Then we switched to FreeBSD 10.3 as this is still a supported stable version.
As FreeBSD 10.3 doesn’t activate IPv6 without further configuration, we needed to explicitly activate IPv6 and the router solicitation daemon (rtsold):

With this configuration, some of the attacks that were possibe without and even with RA guard on the other systems didn’t have any impact.
Observing this, we redid the tests on FreeBSD 11.0 adding the same configuration, just to see it behaved like before, and not like the 10.3 as we we’d expected. 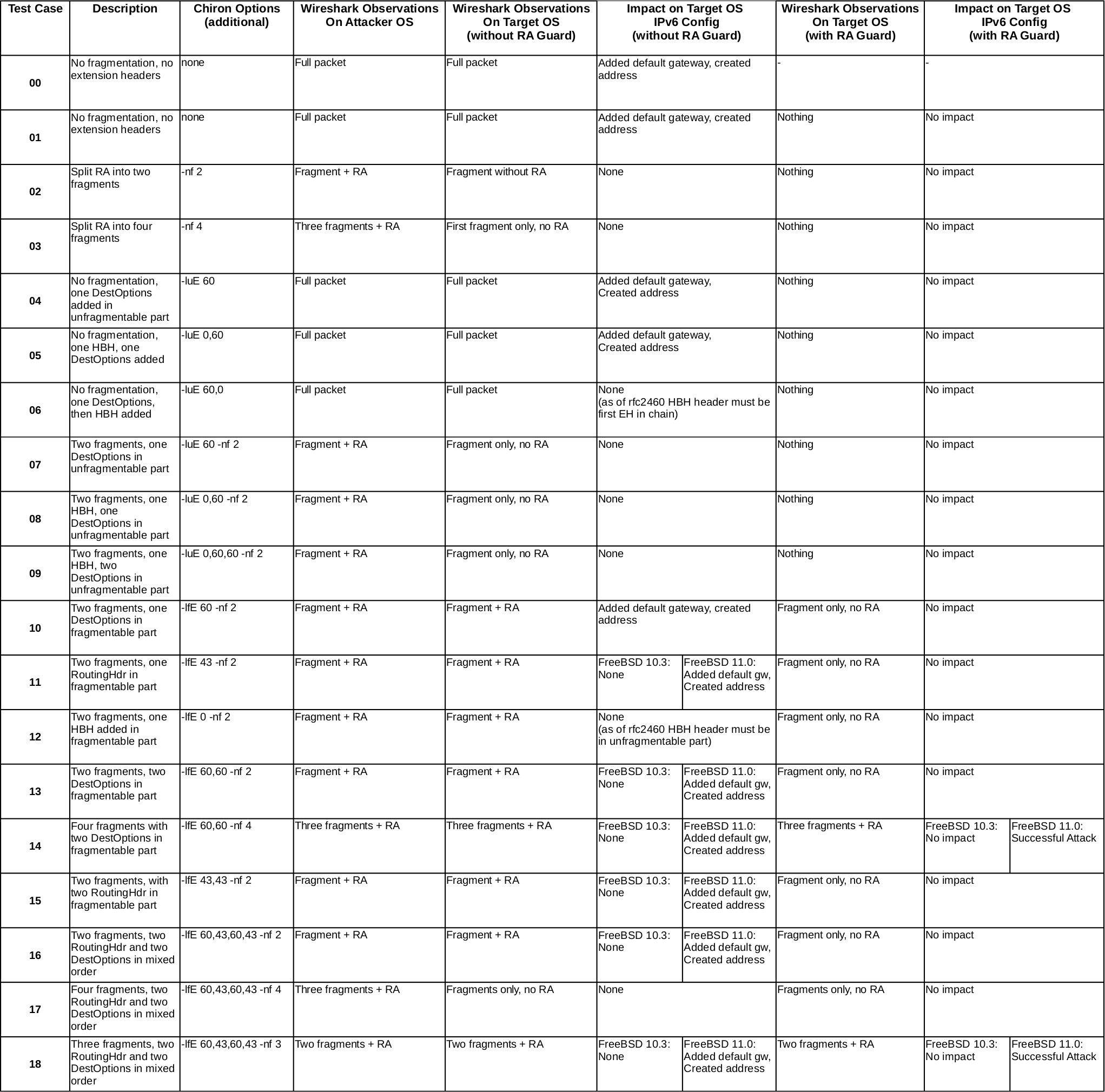 To summarize the results: